T his March, in honor of Women’s History Month, CFAR Managers Daphnie Pierre and Megan Helzner sat down with President and Principal Debbie Bing to discuss her journey as a professional, women who have impacted her, the advice she would give other women in business, and her approach to life.

Daphnie Pierre: Thank you again for allowing us to interview you for Women’s History Month. 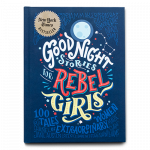 Debbie Bing: Sure, but before we get started, I wanted to show you this [holds up to camera Good Night Stories for Rebel Girls: 100 Tales of Extraordinary Women]. Lucy [Debbie’s daughter] and I have read this and I thought it was appropriate given the topic.

Daphnie Pierre: On that note, let’s get started. Our first question is about CFAR. You’ve been at CFAR since 1998, starting as a Project Consultant, growing to become Associate, Senior Manager, Principal, and now President as of 2016.

How do you think your tenure here, which I understand includes time in both the Boston and Philadelphia offices, has informed your approach to leadership at CFAR?

Debbie Bing: I think I’m an organizational creature by nature—meaning the choice to be part of something that was building and growing is something that fit me. I naturally just work well in a high-consult, collaborative, interdependent environment—so I think that was part one.

I was here when the founders essentially decided what they wanted for the future of the firm. I opted into CFAR’s future, knowing that it would be emergent, built together, all those things. And I think being part of the story of a transition that has to contend with past, present, and future has shaped my leadership and it’s building a narrative that draws on different perspectives, leaning on the talents that other people have when they’re not my talents, and striking the balance of holding onto things that are in our DNA that make us successful while still trying to be a change agent for things that need to look different for the future.

The timing of my journey at CFAR and my tenure—in that I worked really closely with the founders and then with the next generation (and a little bit of what I bring, honestly, given who I am)—have all shaped leadership that I think is future-looking but a still team sport.

Megan Helzner: Given your long tenure at CFAR, if you could go back 20 years and give yourself one piece of advice, what would it be?

Sounds easy to say, but feel confident that you have something to contribute. Find what it is and don’t hold back. I would tell my 20-year-old self: This is a platform. And you can do lots of things with it, and it’s in your control—to realize its power. And it has nothing to do with hierarchy or role even. And I think that’s really true at a place like CFAR: the power is in the work.

If you fall in love with the work—that’s what’s going make the most difference in your own success and happiness.

Megan Helzner: That’s great advice. And speaking for myself, but it feels really useful to me to hear you say that now.

Megan Helzner: Is there a person, or specifically a woman, whom you really admire?

Debbie Bing: Well, it’s funny when I think about the people whom I admire, the women that are kind of on my shortlist (they’re not all living) are people who have really found their voice. The shortlist includes Ruth Bader Ginsburg, Madeleine Albright (my background was in international work), Maya Angelou. All people who really found what their contribution was going to be. There’s something about voice across all of them. It’s about having your eyes and ears open and being open to it, rather than there being one model and one particular person that steers the way. Then, integrate what you take away into your own authentic view of yourself.

Debbie Bing (cont’d): I’ve had a lot of people who have contributed to my own journey of finding my voice—and in some ways the diversity of all those models feels important.

Megan Helzner: This is an easy question, kind of a softball fun one: which words or phrases do you overuse?

Debbie Bing: I should ask my husband! Oh, I know! “Is there a there there?” He always asks what that means. “Vicious cycle”—I overuse that idea.

Daphnie Pierre: What tips or advice would you have you given your daughter or will you in the future?

Debbie Bing: Well, let me go back for a minute because I also think that one of the things that CFAR women have given me, in the early years of being a mom in particular: a combination of competence and ideas about how to navigate. Particularly in the early stages [of parenthood].

When you’re a new mom all the moms around you are talking obsessively about bedtime routines, for example. And I remember being away on a trip with Nancy [CFAR Founder and Principal, Nancy Drozdow] and talking about what my children’s bedtime routine looks like, because she and I both travel all the time. And she said to me, “You still have one, you’re going have one—and it’s one that works, whether you’re home or whether you’re away.” Your kids are going to be more flexible as a result, right? Little things like that.

Or just paying attention to the way your kids are actually proud of you and what you’re accomplishing. Lucy told me she wants to be a CEO—I think it had something to do [with my being the President of CFAR].

Daphnie Pierre: I think you can take credit for that!

Debbie Bing: Not fully, she is her own person. So, anyway, I think there’s lots of advice and support to be had here at CFAR. In terms of my advice to her: Find what you love. Don’t do anything you don’t love.

Debbie Bing: Oh, I know, the best piece of advice I got—that I would tell my daughter, too—this is about career choices: always go where you feel like there are people to learn from. That’s more important than the industry, or what you do, or what kind of organization it is, or even the role. You could have the best-sounding job at a really cool organization and it could still be miserable without people to learn from. I think that was really good advice that I got that I would give to her. And: the best jobs she’ll have don’t exist yet.

Debbie Bing: Exactly. That’s sort of my same point, about being a consultant: one of the great things about this role, at any stage is, you can do a lot of things. Using the firm as a platform you can participate in groups and events that interests you—as opposed to being in kind of a narrow lane. There’s lots of ways to be successful and you can build it based on what you love, what interests you, and what you want to learn.

Megan Helzner: As a last question, a kind of a fun one, do you have a motto or a phrase that you like to live by? Or work by?

Debbie Bing: I’ve got a theme song! Though I can’t even remember all the words. Do you guys ever listen to anything by Des’ree? Go look it up—“Gotta Be” by Des’ree. Gotta be bold, gotta be wiser.

And then for a motto: Be your full self. I think that’s an implicit motto for me.